Fahrmann free to talk with other clubs – Farke 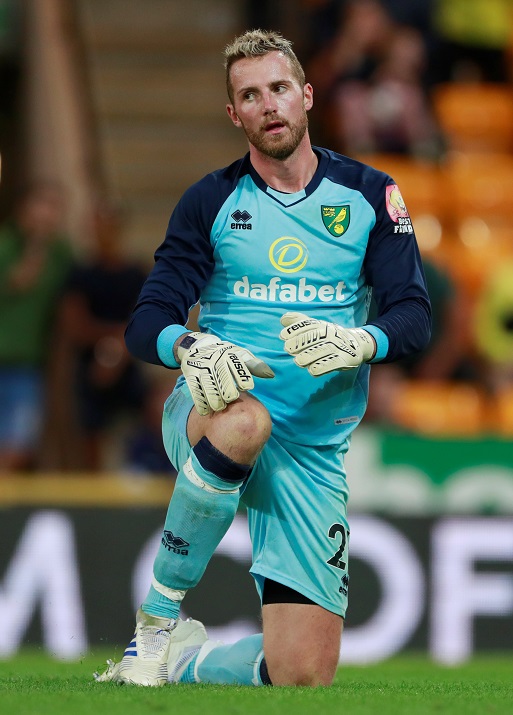 Norwich loanee Ralf Fahrmann looks set to leave Carrow Road after Daniel Farke confirmed he is free to speak with other clubs.

Farke drafted in Fahrmann on-loan from Schalke over the summer to provide competition for Tim Krul, however, he has failed to force his way into the first-team picture.

Fahrmann has been restricted to just one Premier League outing, starting the 2-0 loss at Crystal Palace in September, but he limped off after just 22 minutes with a groin injury.

The German has struggled with a string of minor injuries during his time in England and it appears he is ready to move on.

He travelled across to Norway earlier this week and it’s understood a loan switch to SK Brann could be on the cards.

Farke said: “I said he was out this week and what I can confirm is we allowed him to speak with other clubs. This is happening at this moment.”

Meanwhile, Norwich’s task of avoiding relegation from the Premier League looks to have become more difficult after progressing to the quarter-finals of the FA Cup.

Norwich saw off Tottenham on penalties on Wednesday and will face Derby County or Manchester United in the last-eight later this month.

💪 A band of brothers 💪 pic.twitter.com/yojFiNN9us

Fans will be dreaming of going all the way in the historic competition, however, their run could prove detrimental to hopes of climbing out of the bottom three in the league.

They currently sit bottom, six points from safety with 10 games left to play, but Farke insists he won’t throw away the chance to challenge for silverware in pursuit of survival.

He added: “I can’t guarantee what happens from here. Whether we stay in the league or win the FA Cup but by trying to be successful in both competitions we can create our own history.”