Lewis has full belief Norwich can stay up 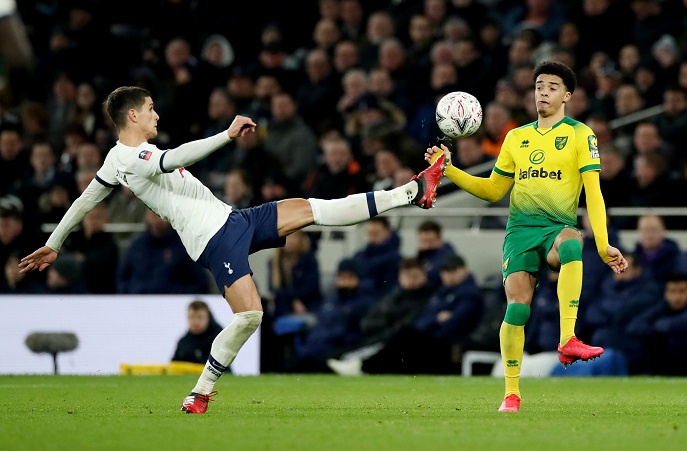 Defender Jamal Lewis believes Norwich can pull off an unlikely Premier League relegation survival bid, despite being at the foot of the table.

The Canaries have been marooned at the bottom of the table for most of the season after earning promotion for the Championship last campaign.

Norwich spent very little money in the summer transfer window and have been unable to continue their excellent form from last season.

However, in recent weeks they have shown signs of improvement picking up seven points from the last seven games.

It means they are now only six points adrift of safety with nine games remaining.

Lewis’ own form has been good in the past few weeks after breaking back into the first team following a period on the bench.

During the midpoint of the season, the Northern Ireland international lost his place in the XI to Sam Byram, who was playing left-back despite being right-footed.

However, the 22-year-old was restored to the line-up for the 1-0 defeat against Liverpool in February and has started the last five games across all competitions.

💬 “If we can just get that gap to within three points, anything can happen within the last few games."

Lewis scored his first league goal for the club in last month’s 1-0 victory against Leicester City, which was just their fifth win of the season.

Now, speaking to the club’s official website, Lewis says he is confident Norwich can achieve the impossible and survive in the Premier League for another season.

“For me personally it’s just about applying pressure to the other guys,” he said. “If we can just get that gap to within three points, anything can happen within the last few games.

“It’s football and there are a lot of crazy things that can happen. We’re just working hard and staying optimistic.”

Norwich welcome Southampton to Carrow Road on Saturday in what could be the start of a crucial period for Daniel Farke’s side.

They then face Everton in another home game a week late before travelling to the Emirates Stadium to take on Mikel Arteta’s Arsenal.