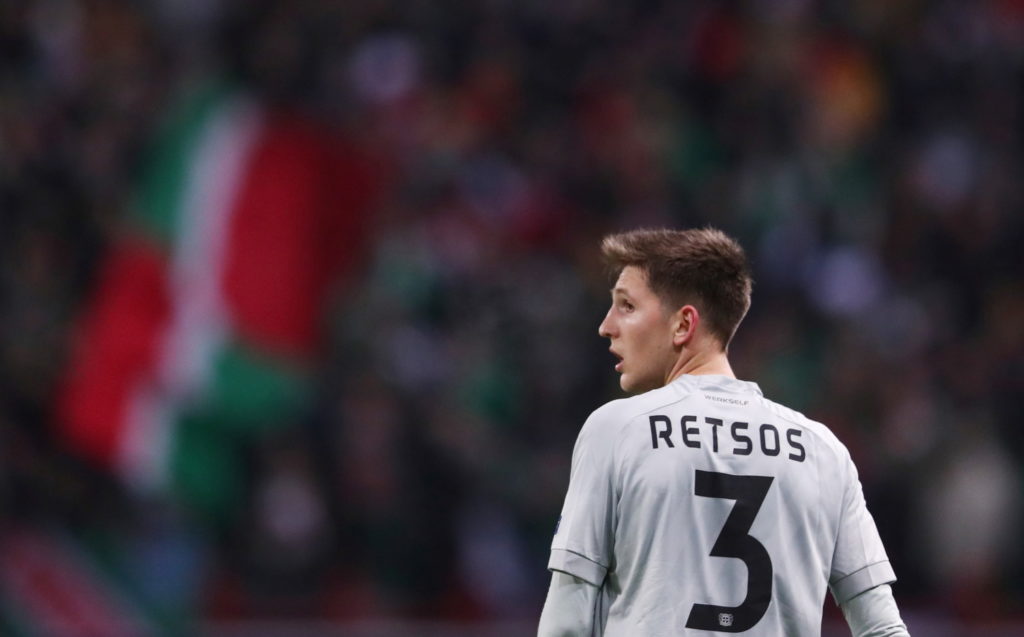 Sheffield United boss Chris Wilder has made his fifth signing of the month after confirming the capture of Bayer Leverkusen defender Panos Retsos.

The Blades have enjoyed an incredible first half of the season upon returning to the top flight and Wilder is keen to ensure they have the tools to maintain their impressive form.

Retsos has agreed to link up with the Premier League club on an initial loan deal and Wilder admits they have been monitoring his progress for a while.

Retsos is a Blade ✍️ pic.twitter.com/ftL8TTw3AY

Wilder told the club’s official website: “Panos is another who comes to us with a great pedigree and hopefully we can help progress his career. He is young, talented and one that we’ve had our eye on for quite a while.

“He’s an international who has played at the top level and cost a lot of money when moving across Europe. Now he wants to prove himself in the Premier League and this initial loan spells is a perfect opportunity for Panos to have a look at us and us to have a good look at him.”

The 21-year-old started his career in Greece with Olympiacos, making 40 appearances, before moving to Germany with Bayer in the summer of 2017 for £15.75million.

Bayer felt they had pulled off a coup in agreeing the deal, having become the youngest player to captain Olympiacos, but he was unable to meet expectations and failed to make a single Bundesliga appearance last season.

Retsos, who was born in South Africa, elected to represent Greece on the international stage and has picked up five caps since making his debut in 2017.

The South Yorkshire club have the option to turn Restos’ switch into a permanent move at the end of the season.

The Blades are unlikely to do any further business before the 11PM deadline after already adding Richairo Zivkovic, Sander Berge, Jack Rodwell and Jack Robinson this month.