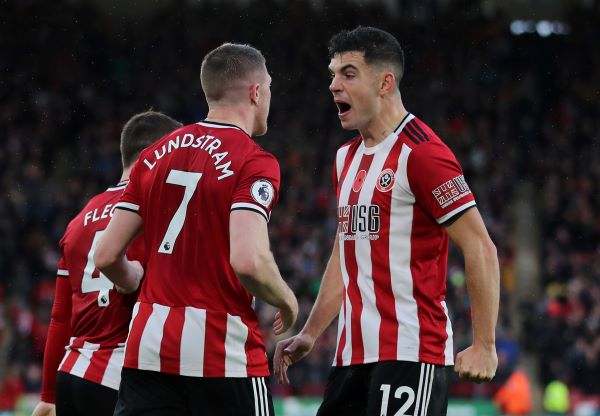 Sheffield United defender John Egan has confirmed he has begun contract talks with the club and is hoping to get a new deal over the line soon.

The Republic of Ireland international was part of the squad that managed to secure promotion from the Championship last season and has been impressing this term in a side that is thriving in the Premier League.

Egan has come on leaps and bounds since his arrival at Bramall Lane in July 2018 and now he has helped the South Yorkshire outfit move into seventh place in the top flight.

Manager Chris Wilder has been keen to reward a number of players with fresh terms at the club, especially those who have been on the journey with the Blades from last season’s Championship heroics.

John Fleck and Enda Stevens recently put pen to paper on new deals at Bramall Lane and Egan is hopeful he will be following in their footsteps shortly.

“Talks have just started,” Egan said. “It’s between the powers that be to sort it out. I love this football club, I love playing for Sheffield United and it’s great that the gaffer values me highly.”

Egan has been a key figure in the heart of the Sheffield United defence, which has proved to be one of the meanest in any top flight competition in Europe.

Only Bundesliga giants Bayern Munich in Europe’s top five leagues have conceded fewer goals than Wilder’s side and that has been a pleasing statistic for Egan and his fellow defenders.

“Being a central defender I am really proud of it,” Egan added. “We pride ourselves on clean sheets and not conceding goals, so to have one of the best defences is really pleasing.

“We’ve been solid all year, it’s not just the back five and the goalkeeper, the whole team have that desire to keep the ball out of the back of the net.”