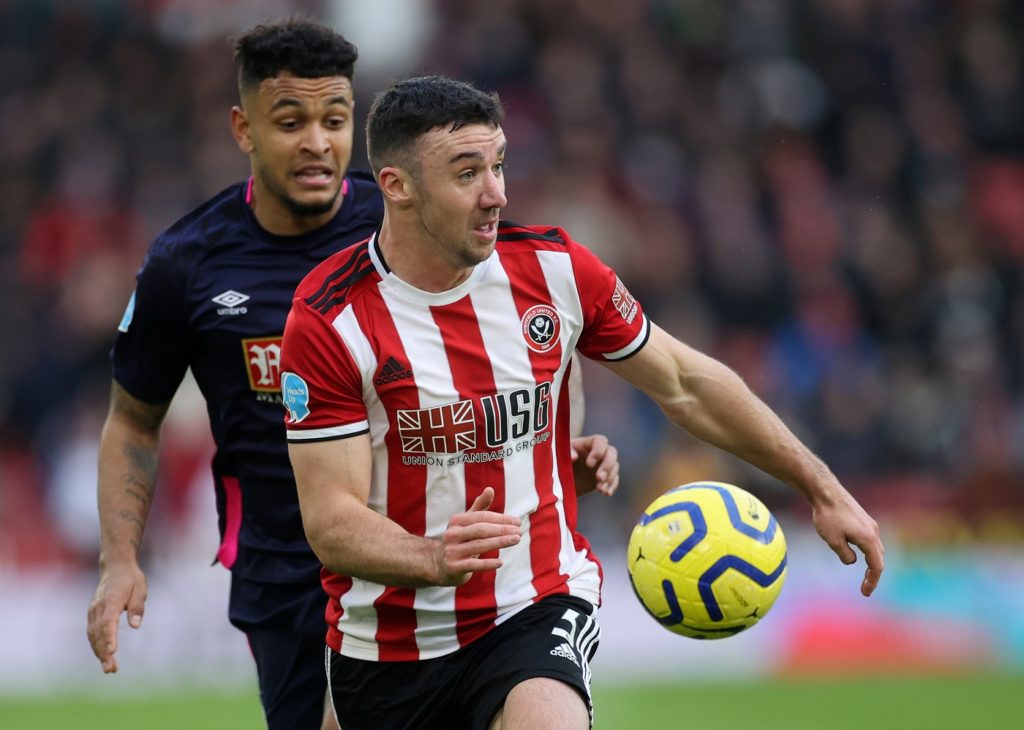 Sheffield United star Enda Stevens says the enforced break from Premier League action is enabling him to recover from a niggling calf injury.

The Premier League, like much of the footballing world, is currently in lockdown in a bid to contain the coronavirus outbreak and the season is not expected to get back up and running until April 30 at the earliest.

This has led to a degree of uncertainty, with many clubs opting to cancel training, meaning players are having to work on their own fitness from home.

Sheffield United are no exception to that, with Stevens confirming that the first-team squad have been given three weeks off.

The Republic of Ireland international is keen to put a positive spin on the situation, however, as he feels he can benefit from the downtime, as he has been nursing a calf issue for a number of weeks.

“If you cannot go to normal training, the best thing you can do to keep yourself fit is to get on a bike or a treadmill to keep your body in the best condition that you can,” Stevens told Morning Ireland.

“I probably came back a bit too soon and aggravated the injury. I think it is three weeks off and then it is back to training, and I will be ready for that.”

Stevens, who recently signed a new contract that runs until the summer of 2023, was initially forced off with the issue during last month’s draw with Brighton and he missed the subsequent FA Cup victory over Reading as a result.

✍️ Popular wing-back Enda Stevens has signed a new long-term contract to extend his stay at Bramall Lane until 2023.

The Republic of Ireland international has been in excellent form this season, one of United’s most consistent performers in the Premier League to date.

The 29-year-old returned to action for the Blades most recent match against Norwich, but he was forced off after just an hour of that contest after the issue flared up again.

United will certainly be hoping the former Aston Villa youngster will be able to shake off the injury quickly, as, with the Premier League confirming their commitment to finishing the season, the Blades are going to be in a for an exciting end to the campaign, whenever that may be.

Chris Wilder’s side currently sit seventh in the standings, five points off the top four, but with a game in hand on all the sides directly above them in the table.