Southampton boss Hasenhuttl admits he does not relish home games 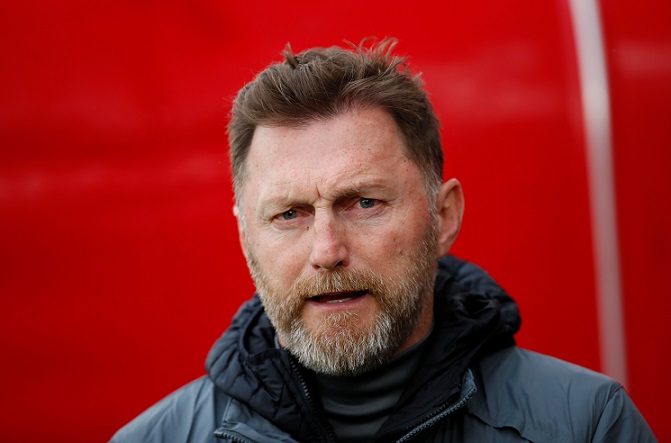 Southampton manager Ralph Hasenhuttl says it is difficult for his side to perform well at St Mary’s as they look to avoid an unwanted club record.

The 2-1 defeat against Burnley on Saturday was their eighth home loss in 13 Premier League matches this season.

It has been a real struggle for the south-coast side to gain momentum on their own patch, with the Saints netting just 14 goals at St Mary’s all season.

They were also humiliated by Leicester City in October as the Foxes crushed them 9-0 to record the largest away win in the history of English top-flight football.

Not since 2009, when Southampton were relegated to League One from the Championship, have they lost nine matches at home in a season.

However, with six more games to come at home, it appears likely that record will be matched, if not broken, if their form does not pick up.

Hasenhuttl has been talking openly about how much his side are finding it difficult to play at home this season.

Ahead of their home match against Aston Villa on Saturday, the Austrian says the players feel extra pressure to perform in front of their own fans.

1️⃣8️⃣ and counting for @IngsDanny! 🎯🙌

Be in that number when #SaintsFC face #AVFC again on Saturday, with tickets from just £15 👇

“Sometimes it is a little difficult to play at home,” he admitted. “Against Burnley, everyone expects that we are 3-0 up after 10 minutes. It is a little hard to show this, this is a pressure guys aren’t used to carrying.

“In away games, no-one expects anything from us. Maybe that’s the reason we perform better in away games.”

It is the impressive away form that appears to have steered the Saints away from any immediate danger of relegation.

They have picked up six wins on their travels this season, including the impressive scalps of Leicester, Chelsea and Sheffield United.

Following the Villa clash, Southampton travel to West Ham on February 29 as they aim to keep up that good record.

They currently lie 11th in the Premier League table, seven points clear of the Hammers who are in the relegation zone.