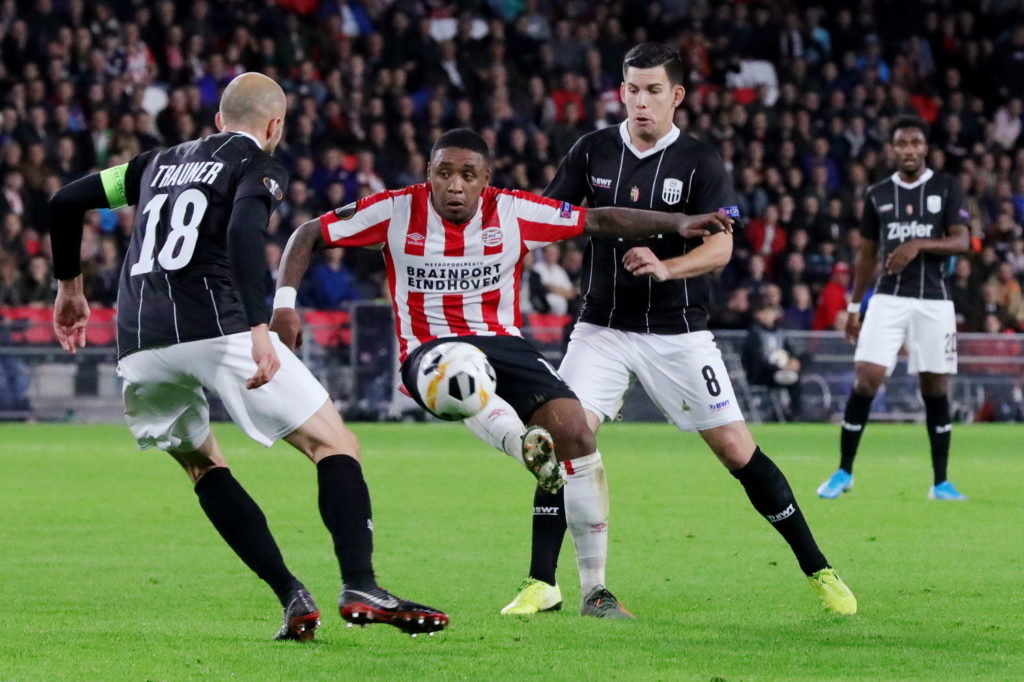 Tottenham target Steven Bergwijn insists he did not refuse to play for PSV Eindhoven at the weekend in order to force through a move away from the club.

Dutch international Bergwijn has been a long-term target for Tottenham and they appear to have now stepped up their interest in order to bolster their attacking options that have been weakened over recent weeks due to the injury suffered by Harry Kane and Christian Eriksen’s seemingly imminent departure for Inter Milan.

Spurs have reportedly made an approach to PSV for Bergwijn, who was left out of the Eindhoven club’s squad for Sunday’s 1-1 draw with Twente in the Eredivisie, a result that leaves the Dutch giants a whopping 11 points behind leaders Ajax.

Reports in Holland have claimed that Bergwijn refused to play in Sunday’s match due to his desire to leave the club, something the 22-year-old has vehemently denied.

“There is a whole lot written about me, which I have also read myself. I am really disappointed that it has come to this, there is no truth to it,” the winger revealed on Instagram.

Bergwijn did go on to confirm that he is in talks with an unnamed club – believed to be Spurs – over a transfer, but he insists he is entering the negotiations with the blessing of PSV and their head coach Ernest Faber.

“I have indeed called the trainer, Ernest (Faber), this morning, and said that talks are going on, and he gave me permission,” Bergwijn added. “We had a good chat, and he wished me luck, everything went respectfully and according to plan.”

Spurs will, of course, have to move quickly to secure the services of Bergwijn, with the January transfer window set to close on Friday.