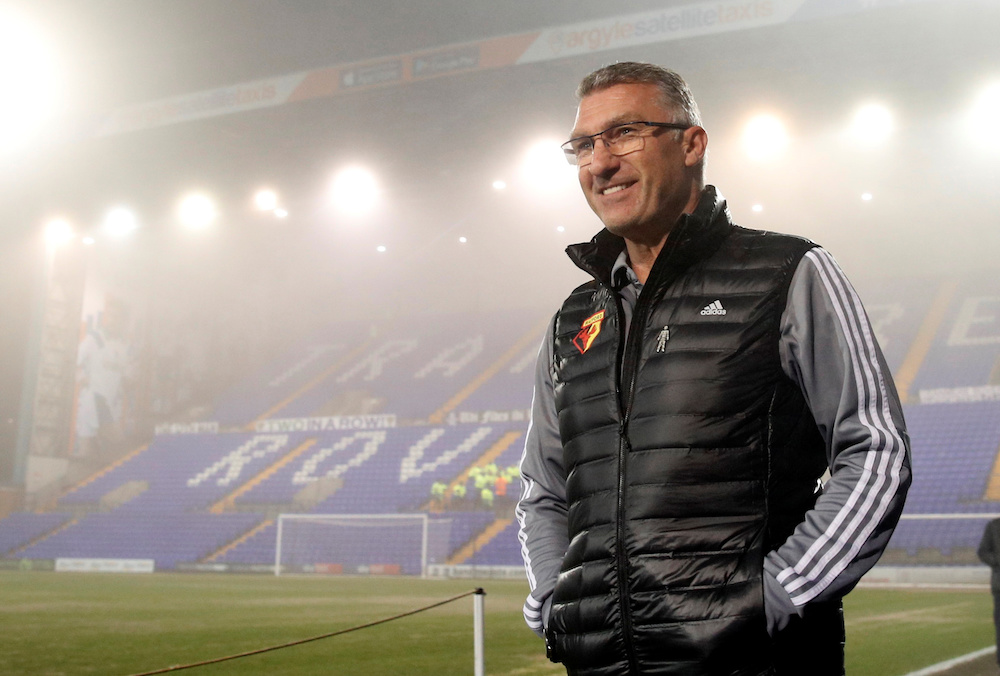 Watford coach Nigel Pearson says he doesn't expect the club to make any rash decisions when it comes to their transfer deadline-day action.

The Hornets find themselves firmly entrenched in the relegation zone and were expected to add to their squad significantly during the January window.

However, the only new faces to arrive at Vicarage Road so far are Ignacio Pussetto and Joao Pedro, with the latter a deal that had been agreed during the summer.

Pearson had reportedly been keen to add to his defensive options and Watford have been linked with moves for Ben Gibson of Burnley and Birmingham right-back Kristian Pedersen.

Neither of Gibson or Pedersen looks likely to sign for Watford before Friday’s 11pm deadline though with Burnley boss Sean Dyche pouring cold water on the rumours that Gibson could be on his way to Hertfordshire.

Pearson has now insisted that he’s happy to go with the squad he has currently for the remainder of the season, having been able to get a tune out of Watford since replacing Quique Sanchez Flores as head coach, subsequently earning him a nomination for Premier League manager of the month for January.

For the second month in a row Nigel Pearson has been nominated for the Barclays @premierleague Manager of the Month award.

“I don’t think this window is one we need to panic in,” he told the Watford Observer. “I don’t want too many players kicking around the place too far away from the team. We have areas might be beneficial to strengthen, whether we can actually achieve that or not will remain to be seen, but I don’t really believe in speculating on other people’s players.”

Pearson went on to say that he wasn’t too keen on letting any members of his current squad move on with Isaac Success, Tom Dele-Bashiru and Domingos Quina having all been linked with moves recently.

Quina is thought to be a target for West Brom, while Success has previously been mentioned in connection with Anderlecht, Cardiff City and Huddersfield Town.

Pearson is eager to see more from Success, in particular, believing the Nigerian can have an impact in the first team.

“Success is one of our players and I’m pleased to have him. He did well in the Under 23 game on Monday and it gives us options and I think when you’re in a situation where we’ve had our problems this season in terms of scoring goals and being creative and of course then winning games, it goes without saying that to have as many options as possible,” he added.