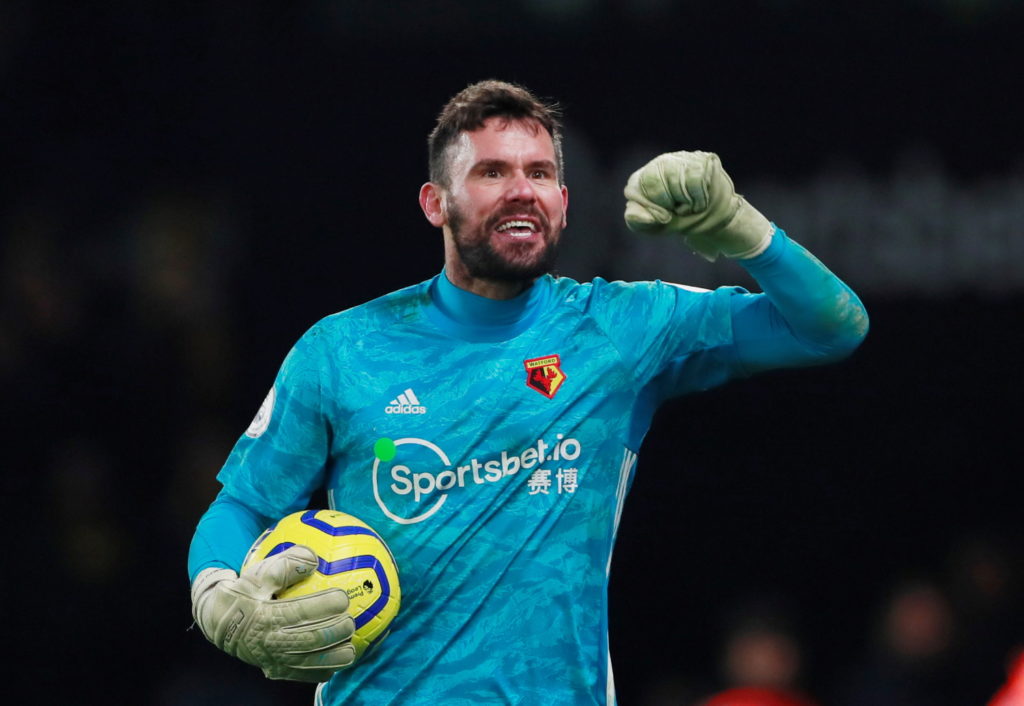 Watford goalkeeper Ben Foster says he and his team-mates will be ready to return to action but has warned that all summer plans should be put on hold.

The former Manchester United and West Bromwich Albion stopper was one of three people at the club tested for coronavirus last week.

Premier League officials then suspended the league in the days after his test, but Foster believes he had influenza rather than the COVID-10 virus.

On Tuesday, UEFA confirmed the European Championship will not be played in 2020, with the tournament set to take place in 2021.

That should allow European leagues to conclude before the end of the year and Foster says it is the outcome he wants.

The 36-year-old has played in every one of Watford’s 29 league games so far.

Before the league was suspended, he helped them climb up to 17th in the league table and says he expects the squad to miss out on a summer break, with the well-being of players the top priority.

He told talkSPORT: “I can’t see in three weeks’ time that we’re going to be able to just start the league again.

“We’re still going to be in the same situation we’re in right now, probably even worse actually because you’re going to have teams up and down the country where players will probably have it.

“I don’t know when it’s going to get started again. I think, without doubt, you can cancel the summer plans that you’ve got already because they’re going to have to prolong it as long as possible.”

Watford remain outside the bottom three on goal difference, with Bournemouth and Aston Villa hot on their tail.

When the season resumes, they still have several big games ahead, with Southampton, Norwich City, Newcastle United and West Ham United all still to come.