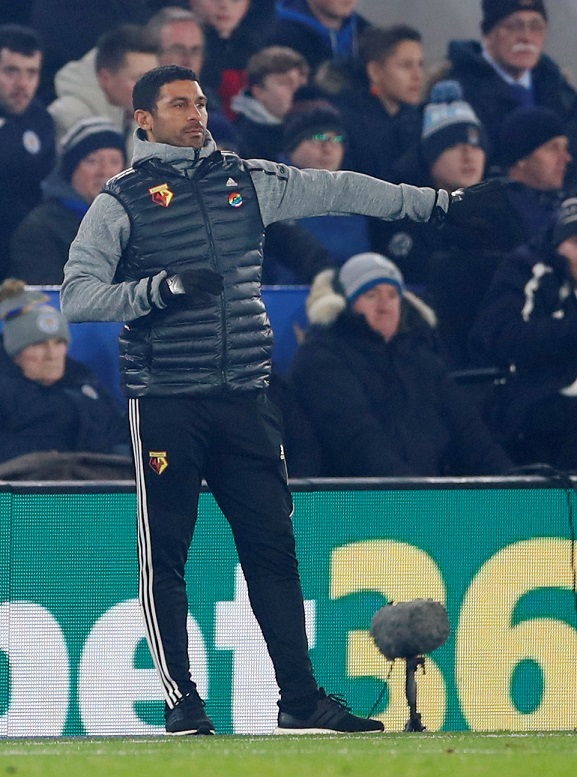 Watford assistant coach Hayden Mullins has admitted he wasn't expecting Nigel Pearson to keep him on as part of his backroom staff.

Mullins stepped up to the plate to take over as temporary first-team boss following Quique Sanchez Flores’ sacking in December but made way when Pearson was appointed head coach.

Former Under-23 boss Mullins expected to return to his previous role but he was surprised to learn Pearson wanted him to stay on and work with the senior players.

The 41-year-old admits he’s enjoyed the new working environment since Pearson’s arrival and it’s great for his development as a coach as he is learning plenty from the others, including Craig Shakespeare and Graham Stack.

“It was a surprise (to stay on) and it was a very good one,” he said. “It’s a fantastic club to work in and obviously working within the Premier League, coaching on the first-team staff, it’s fantastic for myself.

“We’ll all have an input, we all chip in. It’s really good for me to see how Nigel works and how Craig Shakespeare works, being a young coach myself, it’s brilliant.”

Mullins says all the backroom team play their part behind the scenes as they all plot how to get the Hornets moving up the table.

He added: “There’s always conversations that we have, it’s not just me, he includes everyone in that, Craig Shakespeare, Graham Stack and myself, as well as the guys from the sports science team.

“We all have a chat and sit around and Nigel’s very open to stuff like that, he’s very good, he involves a lot of the staff.”

The Premier League, EFL and PFA met today and discussed the the growing impact of COVID-19 on professional football in England

When the action resumes in the top flight, Watford will be back fighting relegation as Pearson’s side are 17th in the table but level on points with both Bournemouth directly below them and West Ham above.