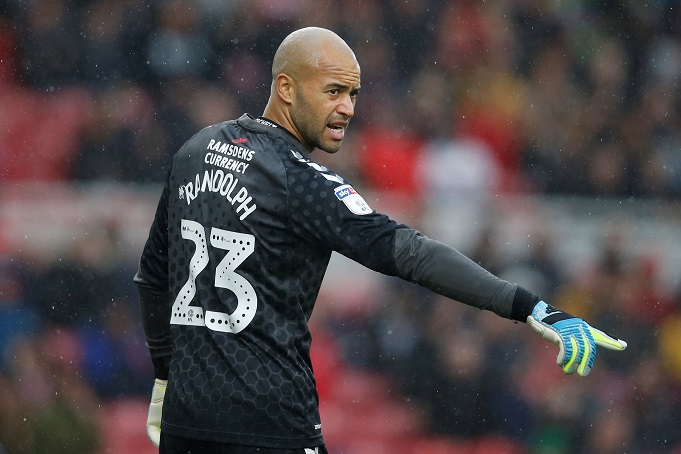 West Ham have been in the market for a new goalkeeper since the January transfer window opened due to the injury concerns surrounding number one Lukasz Fabianski and the lack in faith in understudies Roberto Jimenez and David Martin.

Randolph quickly emerged as David Moyes’ primary target to come in, although it appeared the deal may fall through last week due to concerns over the Republic of Ireland international’s medical.

The Hammers were worried by the thigh injury that has kept Randolph out of action since November, but further tests eased those concerns and they subsequently completed the deal for an undisclosed fee.

We are pleased to confirm the return of Republic of Ireland international goalkeeper Darren Randolph to the Club. pic.twitter.com/gxp3lJfPM5

The 32-year-old will be a familiar face to Hammers supporters, as he previously spent two seasons with the club between 2015 and 2017, featuring in their final match at Upton Park, as well as their first competitive game at the London Stadium.

Randolph certainly has fond memories of his first spell with the club and he admits that is one of the reasons he was so keen to return.

“I’m delighted to be back at West Ham United. I had two great years at the Club previously and still have a lot of friends here, so I had no hesitation in coming back,” Randolph told the club website.

“West Ham is a massive club, with fantastic supporters and an excellent squad of players.”

Fabianski is likely to be sidelined for the next couple of weeks after he suffered a recurrence of the hip injury that kept him out of action for nearly three months earlier in the campaign.

Despite his own injury concerns, Randolph is expected to be available to make his second West Ham debut against Everton this weekend and he is likely to be given the nod given the worries surrounding Roberto and Martin.

Indeed, one or both of those players could now be moved on before the close of this month’s transfer window.