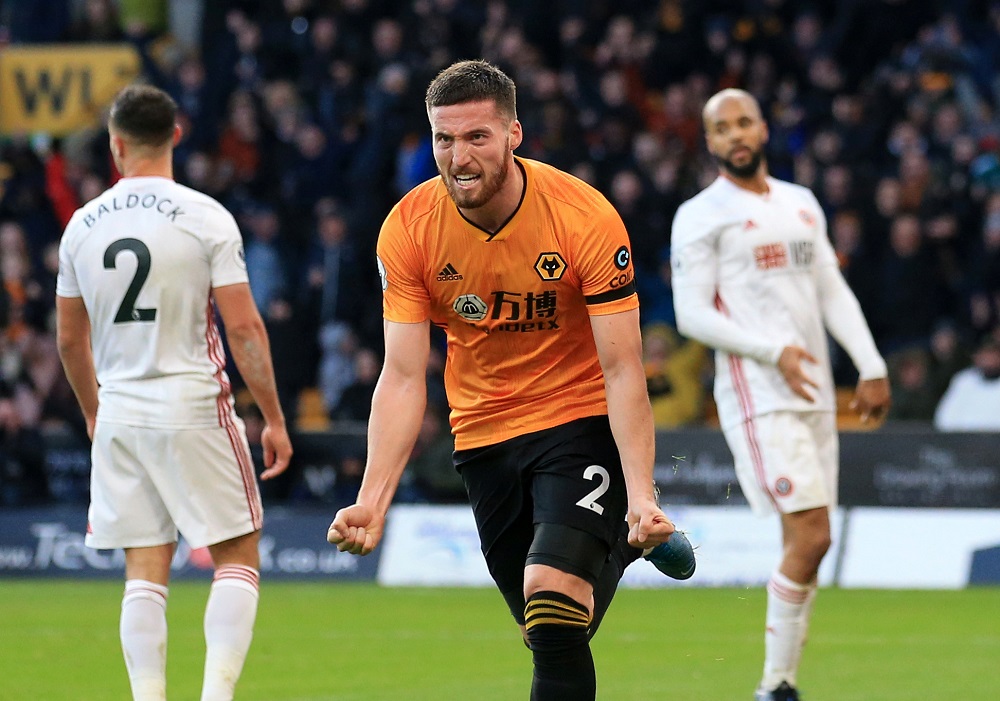 Matt Doherty has backed Wolves to become the first side to inflict defeat upon Premier League leaders Liverpool this season.

Liverpool are marching towards the 2019-20 Premier League title after starting the season with a 23-game unbeaten streak.

They have won 22 times, drawing the other at Manchester United, and currently sit 13 points clear of second-placed Manchester City with two matches in hand.

Only the most pessimistic of Liverpool fans would argue that they could still throw away the chance to lift a first league title since 1990.

Talk over recent weeks has primarily focussed on whether they can match Arsenal’s 2003-04 Invincibles season.

There are still plenty of obstacles to manoeuvre for that to happen with a trip to Manchester City on April 4 looking like their biggest test.

But Wolves are also expected to put that record under threat when they welcome Liverpool to Molineux on Thursday.

Wolves have earned a reputation for upsetting the ‘big six’ since returning to the Premier League last season.

They have beaten Manchester City home and away this term, Doherty netting the winner when they clashed at Molineux last month, and have proven their credentials against the best in the division on several occasions.

Indeed, they have come out on top against Liverpool twice since January 2017, both victories coming in the FA Cup, and Doherty insists they will approach Thursday’s encounter with a positive attitude.

“We’re in the position where we want to win the game for other reasons, for our league position, and the fact we’re at home and we just back ourselves – obviously we back ourselves against every team – but our record shows against the bigger teams that we tend to really fancy it on the night,” Doherty told Wolves’ official website.

“We’re at home so we’re going in to the game thinking we can win.”