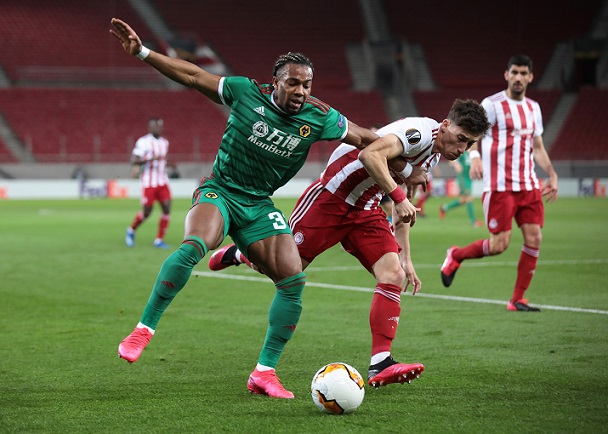 The 24-year-old winger has enjoyed a fantastic season for the Midlands club who have once again impressed in the Premier League.

Last season, Traore attracted plenty of criticism from onlookers for not having a good enough final ball despite his electric pace and ability to beat opponents.

However, his role has slightly changed this season, usually being deployed at right wing-back in the absence of Irishman Matt Doherty through injury.

The Spaniard has, therefore, become one of Wolves’ most important players this season, scoring six goals in 43 appearances across all competitions.

Recently, he has suffered from injury problems, with the 24-year-old dislocating his shoulder earlier this month during Wolves’ 3-2 triumph away at Tottenham.

Reports suggest Traore has suffered from shoulder problems for some time now, dating back to his days at Middlesbrough.

It is understood Traore has dislocated his shoulder three times already this season but has managed to carry on playing without yet having surgery.

Great job by the whole team to get the win against a great opponent. pic.twitter.com/QcipH1wPud

Boss Nuno says the problem has been “painful” for the former Barcelona youngster, but he is managing to get play on.

“We have to be aware [of injuries]. It would be absurd to create circumstances that avoid us to count on players for the competition, but Adama is ok,” the Portuguese told the Wolves website.

“He’s in a situation that he has to handle, it’s very painful – we all know that – but he’s handled it quite well.”

Traore joined Wolves from Boro in the summer of 2018 upon Wolves’ promotion back to the Premier League.

He only played a bit-part role in their ascent to Europa League qualification last season but has been far more involved this term.

Wolves currently sit sixth in the Premier League, five points behind Chelsea in fourth as the season takes an unscheduled break due to the coronavirus pandemic.

Despite no football on the horizon for potentially months, Wolves are continuing to train as normal.