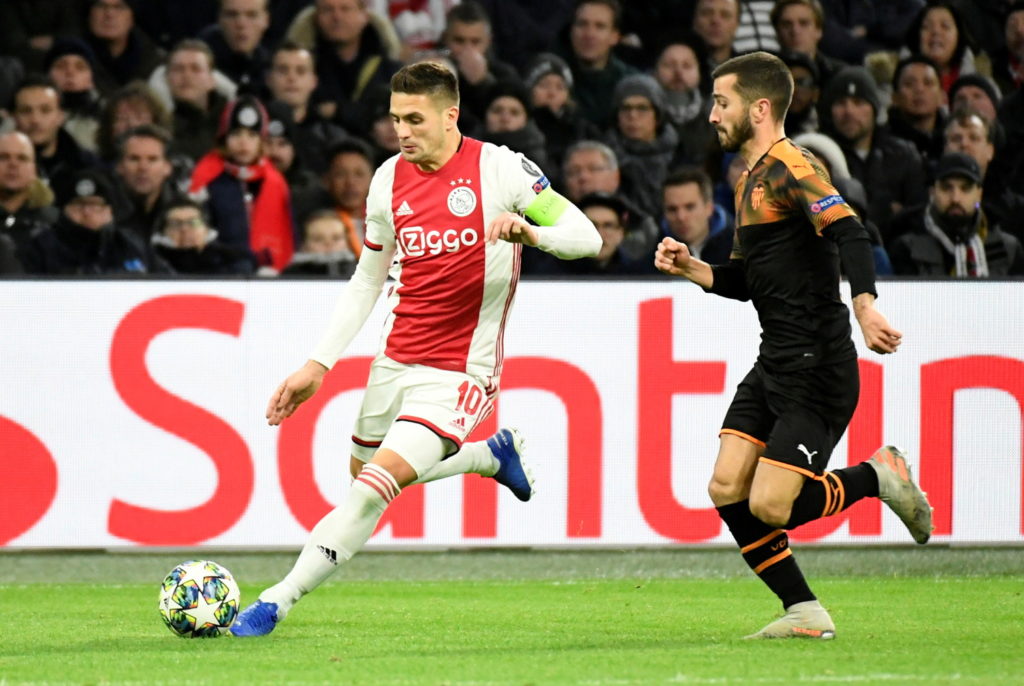 Barcelona will reportedly try to sign Ajax forward Dusan Tadic before the end of the month after missing out on Valencia’s Rodrigo Moreno.

Tadic has been a superstar for the Eredivisie side over the past couple of seasons and it is no surprise to see him linked with Barca.

The 31-year-old, who scored 29 goals over two seasons with FC Twente before moving to England, never reached his full potential with Southampton, scoring 20 times in 134 Premier League appearances, but he has been back to his best since moving to the Netherlands.

He played an integral role in helping Ajax to reach the semi-finals of the Champions League in 2018-19 and ended the campaign with 39 goals across all competitions.

Ajax often deploy Tadic as a false nine and he appears to be relishing that role once again this season, with 12 goals at 21 assists to his name.

Reports claim Barcelona have been watching closely over recent months and are now finally ready to make a move after seemingly missing out on other targets.

Luis Saurez’s knee injury, which will see him miss the majority of the rest of the season, has left new boss Quique Setien looking for cover this month.

Valencia hitman Rodrigo was understood to be the top candidate to come in but reports suggest negotiations are over due to a difference of opinion concerning his valuation.

Dutch giants Ajax are known to be a selling club and would likely listen to offers for Tadic who is under contract until June 2023.