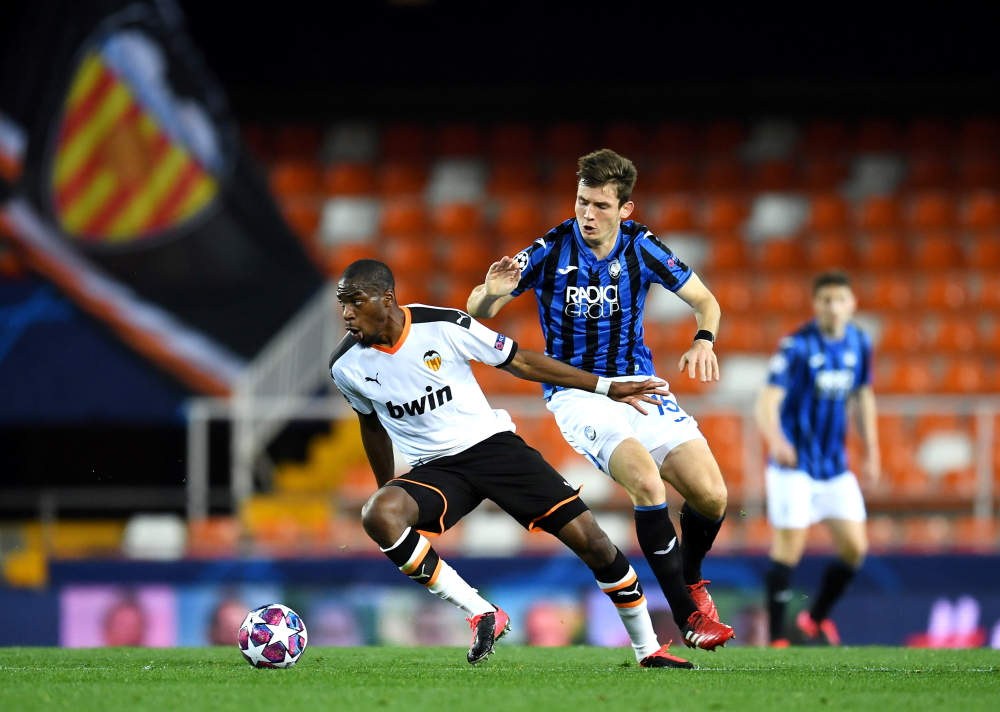 Geoffrey Kondogbia is back on Tottenham Hotspur's transfer radar heading into the summer but Valencia won't give up the midfielder without a fight.

The Central African Republic international is known to have been watched by Spurs’ chief scout Steve Hitchen on several occasions with Sky Sports revealing way back in 2017 that he was a target for the north London outfit.

The 27-year-old was viewed as the ideal replacement for Mousa Dembele when he left in January 2019 but they decided against Kondogbia, eventually bringing in Tanguy Ndombele and Giovani Lo Celso to improve their options in midfield the following summer.

Tottenham boss Jose Mourinho then pushed for the club to sign Gedson Fernandes, landing the Portuguese on loan, and it remains to be seen whether they his stay permanent come the end of the season.

Meanwhile, Ndombele’s future at the club looks uncertain after being publicly lambasted by Mourinho for his performance against Burnley recently.

Kondogbia is thought to be another option for Mourinho as he looks to add some muscle to his midfield and Hitchen has stepped up his interest once again.

The former Monaco man has made 24 appearances for Valencia this season, scoring twice, and is seen as a key piece to Albert Celades’ midfield.

Don’t let all the CL drama distract you from the fact that Kondogbia did this… pic.twitter.com/VT53fcII0o

Kondogbia has previously starred for Sevilla, Monaco and Inter Milan, leaving the Sani Siro permanently in 2018 to join Valencia having previously had a season on loan at the Mestalla.

He has gone on to make 89 appearances for Los Che and still has two years left to run on the agreement he penned after his arrival from Inter.

Transfermarkt currently have the midfielder valued at £25.2million and that is a price Tottenham could stretch to, even if they missed out on qualification for Europe this season.