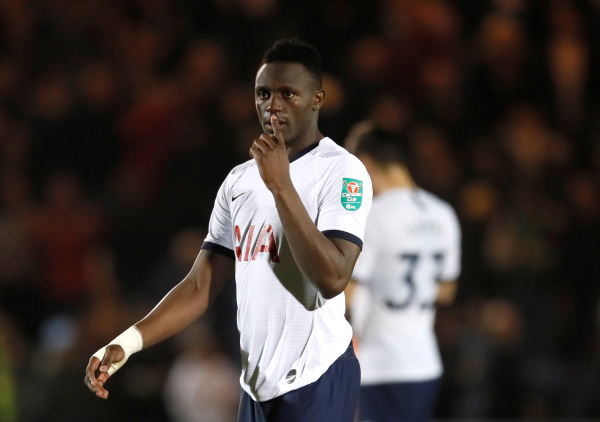 Celtic have rebuffed speculation linking them with a move for Tottenham’s out-of-favour midfielder Victor Wanyama.

The Kenyan international spent two successful years in Glasgow between 2011 and 2013 before departing for Southampton.

His stock continued to rise on the south coast and he was on the move again in 2016 to Tottenham for a fee of £11million.

He impressed in his first season at White Hart Lane, scoring four goals in 36 Premier League appearances. However, injuries and a lack of form have led to him becoming a bit-part player in the last three seasons.

Wanyama has barely figured this season, playing just four times across all competitions.

His only appearance under Jose Mourinho was in Spurs’ final Champions League group stage match when he came on for the final 10 minutes against Bayern Munich in a 3-1 loss.

Celtic have denied any approach or interest in Victor Wanyama.

That's despite our sources at Tottenham saying the two clubs are in talks.

Reports earlier on Friday linked him with a return to Celtic to play under Neil Lennon, who brought him to the club from Belgian outfit Germinal Beerschot in 2011.

Now, though, the Scottish champions have poured cold water on speculation linking them with the 28-year-old, with Lennon maintaining the same stance as last week.

Celtic already have plenty of options in defensive midfield, with club captain Scott Brown and new signing Ismaila Soro on board.

Wanyama is unlikely to get much of a look-in for the rest of the season after Tottenham significantly strengthened their squad in the January window.

Mourinho has brought in Gedson Fernandes from Benfica on loan, while also completing a permanent deal for Real Betis playmaker Giovani Lo Celso.

Wanyama was primed for an exit from Tottenham in the summer after a £12million deal was agreed with Belgian side Club Brugge before the move collapsed at the last minute.