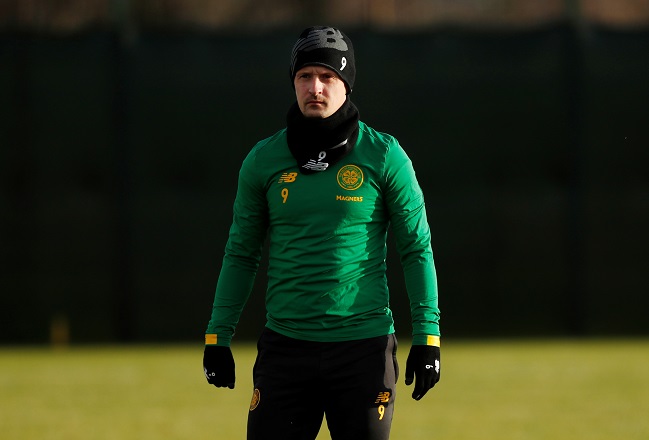 Celtic manager Neil Lennon has warned striker Leigh Griffiths about his future conduct after an incident during the win over Hamilton.

The Hoops are now seven points clear at the top of the table after winning their last four matches in the Scottish Premiership.

Since the 2-1 defeat to Rangers in December, Celtic have beaten Kilmarnock, Ross County, St Johnstone and Hamilton.

While Rangers have a game in hand, Sunday’s success was a real statement as Lennon’s men cruised to victory.

However, the win was marred by the actions of Griffiths, who appeared to stand on Sam Woods during the contest.

Lennon has denied it was a stamp but he did receive a yellow card and the former Hibernian boss has said he cannot afford to lose his cool again.

“I didn’t think Leigh stamped on him,” Lennon told reporters. “He pushed the guy in the chest and that’s not what I want. That’s not a red-card offence but he shouldn’t have done it. We’re big on discipline and I don’t like to see things like that.

“He lost his temper but we need discipline. We can’t be doing with losing men on the pitch. I had a word and he calmed down.”

Odsonne Edouard grabbed a brace at the Fountain of Youth Stadium, while Christopher Jullien and James Forrest also found the back of the net.

Celtic’s next clash sees them visit Motherwell on Wednesday night before they face Clyde in the Scottish FA Cup on Sunday afternoon.