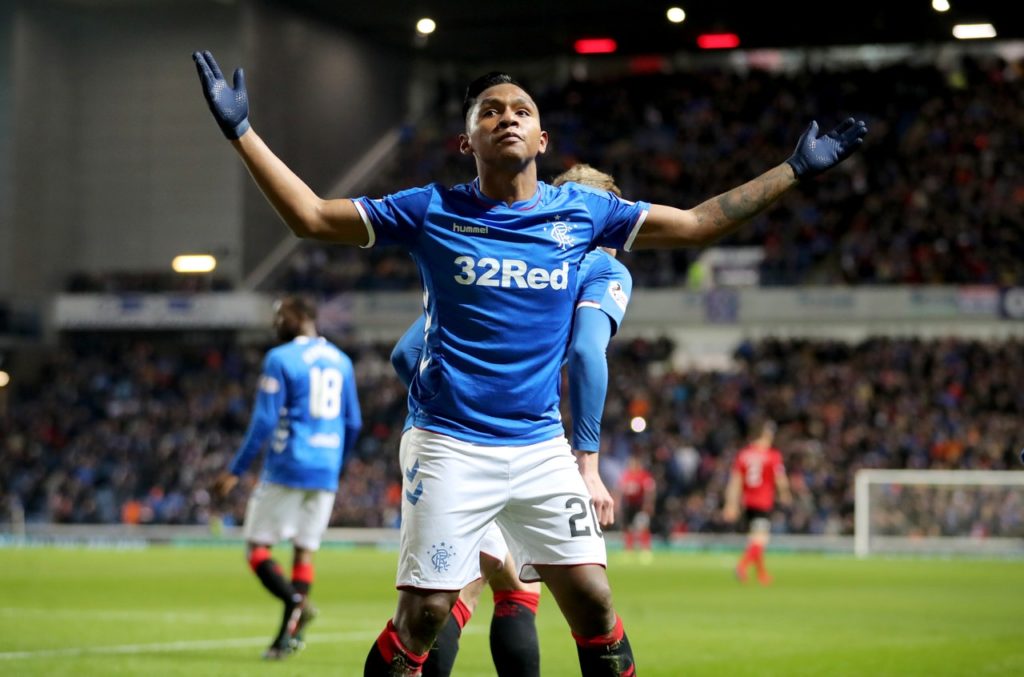 There is plenty of pressure on the shoulders of Alfredo Morelos to get the goals to steer Rangers to a long-awaiting Scottish Premiership title.

The Colombian is a ‘marmite’ character north of the border and never seems to be too far away from controversy, whether it be of his doing or otherwise.

However, there is no doubting his talents on a football field and his ability to find the back of the net in the Scottish top flight.

The 23-year-old ended a run of four games without a goal as he netted in Saturday’s Scottish Cup victory against Hamilton and now boss Steven Gerrard will be hoping his star striker can go on a run.

Gerrard has rightly been keen to ease the pressure on the forward and the manager has called on others to help out in the goalscoring department going forward.

“We don’t want to be a team that relies on one or two individuals,” Gerrard said. “It’s important that the goals are shared out. It’s nice to see centre-backs contributing from set-pieces and midfielders and number 10s joining in.

“Ryan Kent’s numbers are a lot better than last season so if we can get that collectively around the group we’re going to win more matches and give ourselves a better chance.”

The winter break came at a bad time for Rangers and their slow start after the New Year has cost them the advantage over Celtic in the Premiership title race.

Rangers have a game in hand over the Hoops, but they are now seven points behind Neil Lennon’s men going towards the business end of the season.

The Light Blues can’t afford any further slip ups, and they know it.

It’s Kilmarnock on Wednesday night next up for Gerrard’s side, before they go on to host Livingston at Ibrox.

Certainly two winnable games and eyes will be on Morelos to see if he can further add to his tally, having already found the back of the net 18 times this season.

But as Gerrard has stated, the likes of Kent, Scott Arfield and even defenders like Connor Goldson could chip in with a few more goals to ease the pressure on the Colombian star.

The title race is not over north of the border and Celtic will have their own bad days at the office down the line.

But those have been few and far between over the years and it will take something special from Rangers to win it from here.