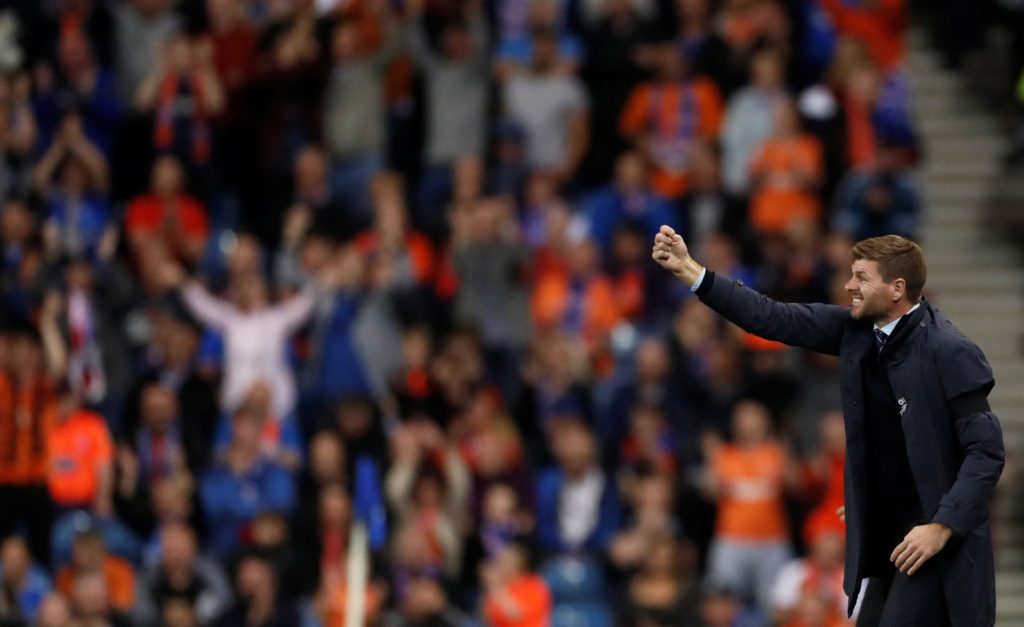 Manager Steven Gerrard is adamant his side will “carry a threat” when they face Braga in the second leg of their last-32 Europa League tie on Wednesday evening.

The Light Blues found themselves two goals down in the first leg at Ibrox before a remarkable second-half comeback from the Glasgow outfit.

A brace from Ianis Hagi and a Joe Aribo goal ensured Rangers have a 3-2 advantage going into the next clash at the Estadio Municipal de Braga.

Gerrard has ruled out the possibility of his side looking to defend for the entire 90 minutes in the second leg and claims Rangers will look to cause the Braga defense more problems in Portugal.

“We want to come here and carry a threat,” he said. “If we’ve got the right game-plan and we carry it out to the best of our ability, then we can cause problems or create chances. Then, it is obviously over to individual players to go and execute.”

🗣️"In no way are we coming here to hold on and suffer for the majority of the game."

Steven Gerrard has been previewing tomorrow's game with Braga.

Gerrard added: “We have a small advantage going into the game, but in no way do we think we are favourites and in no way do we feel we have any reason to be over-confident.”

Rangers have been given a boost on the injury front ahead of a big European evening in Portugal.

Borna Barisic is available for the game after missing the weekend match at St Johnstone in the Scottish Premiership.

The 27-year-old Croatian defender was struggling after a blow to the kidney in the first leg but has now trained with the rest of the first-team squad.