Rangers have crashed and burned since Old Firm triumph 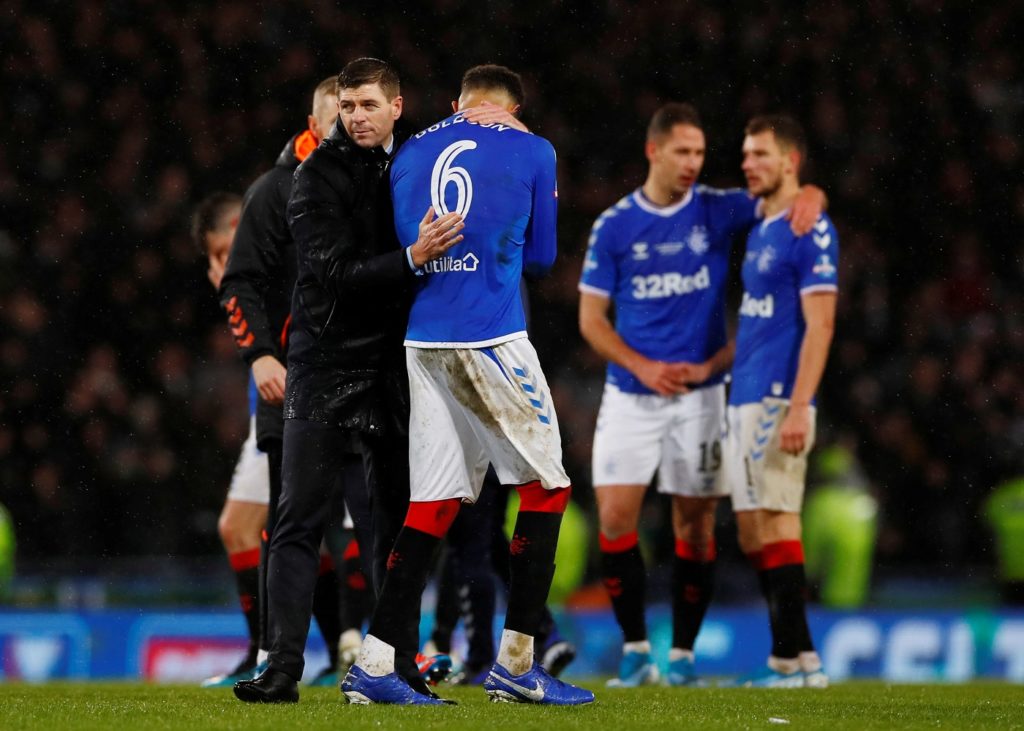 Rangers had their title destiny in their own hands after beating Celtic in late December, but they have since seen their Premiership dreams crash and burn.

Goals from Ryan Kent and Nikola Katic helped Rangers to a deserved 2-1 victory at Parkhead on December 29 and that meant Steven Gerrard’s side went into the winter break sitting just two points behind Celtic in the standings and with a game in hand.

There were wild scenes of celebration after that victory, with Gerrard memorably screaming into a television camera as he and his players enjoyed what was their first victory at the home of their Old Firm rivals since 2010.

The win was supposed to set up one of the closest title races in Scotland for a number of years and many people were tipping Rangers to deny Celtic a record-equalling ninth league championship success.

However, fast forward just a few months and it looks like Celtic are going to cruise to another league title, with the Bhoys having won eight top-flight matches on the spin since the winter break prior to being held to a 2-2 draw at Livingston on Wednesday night.

That run of success has coincided with Rangers’ own form falling off a cliff, as the Gers have won only four of their last nine league games, losing to the likes of Hearts, Kilmarnock and most recently relegation-threatened Hamilton.

Rangers have also been knocked out of the Scottish Cup during that time and they now find themselves 13 points behind their Old Firm rivals – a seemingly insurmountable deficit.

It is difficult to pinpoint what exactly has gone wrong for Rangers on the domestic front since the turn of the year.

Perhaps they started to believe their own hype following their Old Firm success or maybe their heroics in the Europa League have begun to take their toll.

The Gers did become the first side to ever make it through to the last 16 of that competition after starting in the first qualifying round and they have played a staggering 16 games already in Europe this season.

That is bound to have had an effect on Gerrard’s squad, particularly as Rangers lack the financial muscle of Celtic to add real strength and depth.

Indeed, this season could still end in European glory for Rangers, but it feels like. regardless of their heroics on the continent, they will still be left wondering what might have been domestically.

The final nail in Rangers’ domestic coffin could come later this month when they take on Celtic at Ibrox in the final Old Firm match before the league split.