Home Transfers Potential transfer deadline-day moves to watch out for

Potential transfer deadline-day moves to watch out for 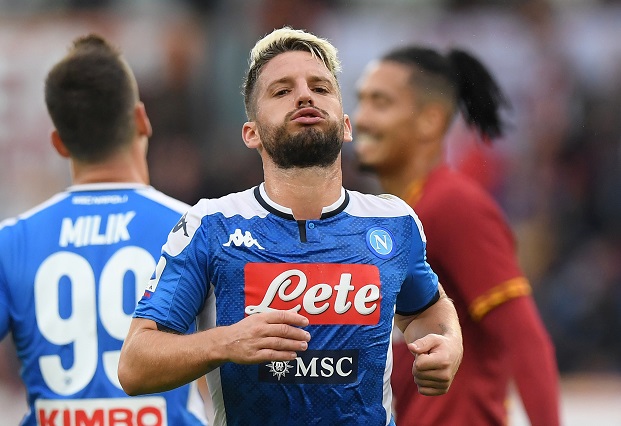 Deadline day is fast approaching and, as usual, several clubs have left their business late as we look at the players most likely to be on the move on Friday.

The momentum has slowly built during the course of the current January window and it could be that we are in store for an exciting conclusion in the race to get deals done by the 11pm deadline.

Manchester United’s unveiling of Bruno Fernandes and Sander Berge’s club-record move to Sheffield United have whetted the appetite, and there could be more big-name arrivals and departures over the course of Friday.

One of the biggest clubs hoping to be active on deadline day is Chelsea as the Stamford Bridge hierarchy desperately race to bring in the attacking reinforcements boss Frank Lampard so badly desires.

However, it is understood that Chelsea are also keeping a close eye on Edinson Cavani’s situation at Paris Saint-Germain as the Uruguayan hitman seeks to leave the French champions.

Were one of those two players to arrive at the Bridge, it could start a domino effect which results in Olivier Giroud leaving.

The French World Cup winner has spent all of January trying to force through an exit, with Inter Milan, Tottenham, Newcastle, Crystal Palace and Paris Saint-Germain all interested at one stage or another.

With his hopes of playing at Euro 2020 hanging in the balance, Giroud will be desperate to get out of Chelsea, but not if it means joining Newcastle as the ex-Arsenal hitman has supposedly turned down the Magpies.

Steve Bruce has already brought in Valentino Lazaro, Nabil Bentaleb and Danny Rose to bolster his squad this month and now looks set to push for more new faces on Friday.

Tottenham’s Rose put the finishing touches on a loan move on Thursday and that will fill a big need for Bruce after losing two left-backs – Jetro Willems and Paul Dummett – to injury recently.

The other area that needs addressing is in attack although that could be a little tricker to get done this month after Giroud’s snub and Paco Alcacer’s decision to move to Villarreal. Hertha Berlin’s Davie Selke is the latest striker said to be under consideration by Newcastle.

The Eagles are set to win the race for highly-rated West Brom defender Nathan Ferguson, with the 19-year-old having travelled to London to put the finishing touches to a £10million deal.

Ferguson would be the third player to join Palace this month but the best may yet be to come, with reports emerging on Thursday that the Londoners are looking to landing Hull City forward Jarrod Bowen for £16million.

Bowen has scored 17 goals for the Championship outfit this season and Palace are leading the race, but close behind are another side from the capital.

The Hammers are also thought to be in for Bowen as they look for a successful conclusion to what has been a difficult transfer window.

Manager David Moyes has been frustrated in his attempts to improve his relegation-threatened team and Bowen would be a good addition.

So far, goalkeeper Darren Randolph and midfielder Tomas Soucek have come through the door at the London Stadium.

A new right-back is also a top priority for Moyes and one of RB Salzburg’s Rasmus Kristensen or Genk’s Joakim Maehle could be set for a deadline-beating switch if reports are to be believed.

Best of the rest

Tottenham are also in desperate need of a striker but appear to have run out of options and time after Hertha Berlin gazumped them to sign Krzysztof Piatek from AC Milan. Could Jose Mourinho pull a ‘special’ deadline deal out of his hat?

Arsenal are likely to land Southampton right-back Cedric Soares on loan until the end of the season, while Watford are confident of signing Burnley centre-half Ben Gibson on loan.

Leicester are still chasing a new centre-half but might be content to wait until the summer. Aston Villa boss Dean Smith isn’t ready to wait until the end of the season, though, as he chases a second attacking addition of the month after landing Mbwana Samatta from Genk.