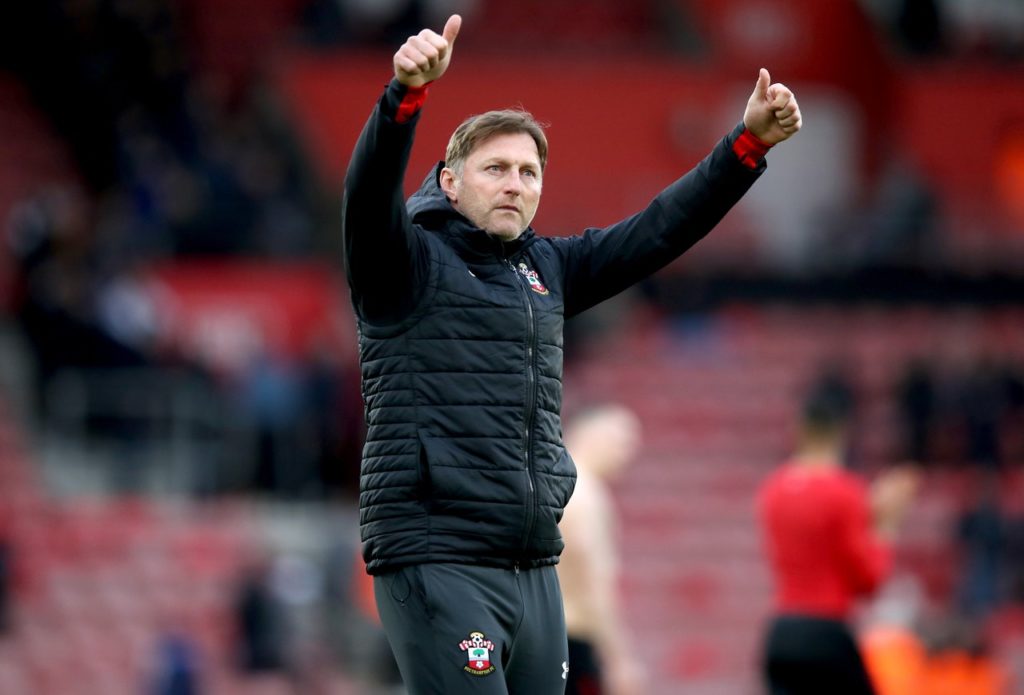 Southampton coach Ralph Hasenhuttl says he has now re-evaluated his transfer plans due to the club's improved results in recent weeks.

The Saints were one of the favourites to be relegated after going seven games without a win earlier in the campaign.

Their 9-0 defeat to Leicester City put serious pressure on Hasenhuttl, and his squad looked low on confidence heading into the back end of November.

A 2-2 draw against Arsenal was then followed with back-to-back wins against Watford and Norwich City before Southampton were then brought back down to earth at the start of December.

After successive defeats to Newcastle United and West Ham United, Hasenhuttl’s men have since moved away from the relegation zone, and they are now seven points above 18th-placed Aston Villa.

Hasenhuttl’s side are now unbeaten in six, winning five of those matches and the Austrian admits some of the fringe players have proven him wrong.

Watch LIVE as Ralph Hasenhüttl speaks with the media ahead of Saturday's #PL meeting with #Wolves: https://t.co/73swwKlJBz

“It’s not long ago I said it was important to bring someone in, but the way the team has played in the past few weeks, I think we have to now be very careful with what we do,” Hasenhuttl said.

“I think the team deserve credit and the players who have been playing have done a good job.

“The good thing is we can do something if we want, but we won’t do anything unnecessary – we don’t have a must now.

“But if something makes sense and is really perfect for us then maybe we will do something.”

Southampton signed Danny Ings permanently in the summer, with the forward now in England contention ahead of the European Championships.

Che Adams, Moussa Djenepo and Kevin Danso also moved to the south coast and Adams is one of those players that Hasenhuttl wants to keep, despite being linked with a move to Leeds United.