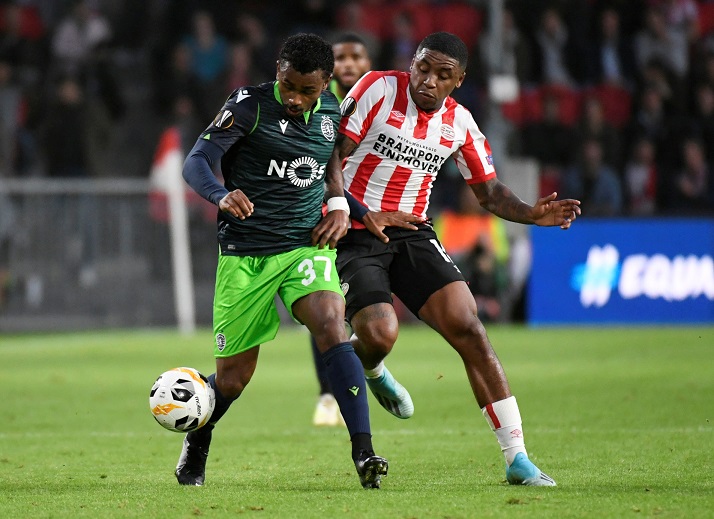 Tottenham Hotspur have completed the signing of Steven Bergwijn from Eredivisie side PSV Eindhoven on a four-and-a-half-year contract.

Netherlands international Bergwijn has penned a deal until the summer of 2025 and will wear the number 23 shirt, which was previously held by Christian Eriksen, who made the switch to Inter Milan on Tuesday.

The 22-year-old winger arrives in north London with a growing reputation, having scored 31 goals from 149 Eredivisie appearances and been a member of three title-winning squads at the Philips Stadion.

Bergwijn, who made his first-team debut for PSV at just 17 years of age and had been in talks over a move the past couple of days, has also been capped seven times for his country and is expected to be part of the squad for the 2020 European Championship.

Supporters will be hoping the Amsterdam-born star’s arrival can help Spurs secure a Champions League finish this season, with the club currently sitting sixth in the Premier League and six points behind Chelsea in fourth.

🗣️ “To play here, it’s a dream for me. It’s an honour.”@StevenBergwijn on what it means to join Spurs.
#WelkomBergwijn ⚪️ #COYS pic.twitter.com/PBRc9Lf6V6

Bergwijn could be handed his debut in Sunday’s league clash at home to Manchester City, who could slip 19 points behind leaders Liverpool if the Reds defeat West Ham United on Wednesday evening.

The Dutchman, who has spent his entire career in his homeland and played against Tottenham in last season’s Champions League group-stage match between the sides, becomes Jose Mourinho’s second signing of the January window, following the earlier loan arrival of Gedson Fernandes from Benfica.

Spurs are expected to conduct more business before Friday’s deadline day and reports have linked the club with a late move for Chelsea striker Olivier Giroud, who has fallen down the pecking order at Stamford Bridge and is set to leave the Blues.

In terms of departures, right-back Kyle Walker-Peters is closing in on a loan move to Southampton until the end of the campaign, while left-back Danny Rose is still being tracked by Newcastle United, who are also hoping to complete a temporary deal.